“Technology will never replace the teachers in the classrooms because there is humanity in every teacher [which technology cannot replicate].  But teachers who do not know how to use technology will be replaced by those who do,” declared Dr. Bert J. Tuga, the keynote speaker in the Philippine Association for Teachers and Educators, Inc. (PAFTE) IV CALABARZON’s 12th  Annual Seminar and Quiz Bee held Sept. 27, 2019  at the Ynares Center in Antipolo City.

Some 72 private and public colleges and universities in Region IV CALABARZON including 250 students from Laguna University College of Education,  participated in the annual seminar which had for its theme “Industrial Revolution 4.0: Challenges and Opportunities for Pre-service Teachers.”

Dr. Tuga, the Philippine Normal University’s Vice President for Administration and this year’s main guest speaker spoke on the continued influx of technogical innovations and inventions and their impact on education specifically in the teaching-learning process. He pointed out a number of salient characteristics of the 21st century learners, also called “digital natives,”  born and raised in the digital era in contrast with the  types of learners who came before them. These characteristics, he stressed, make the millennials, born between 1980s and 2000s, and Generation  Z, born after year 2000, uniquely different from their predecessors in terms of learning styles. This difference,  in turn, presents challenges to traditional classroom teachers who are used to conventional teaching approaches.  The challenge, he averred, was for the traditional teachers, also known as “digital immigrants” to migrate to the new learning environment by embracing technology fully. He added, “if we constantly live in the past, we cannot move into the future.” The appeal was extended to both the students and the school system to help traditional teachers become more open to leave their comfort zones and adapt to  student’s new learning needs and styles.

Meanwhile, pre-selected COED students participated in the PAFTE Quiz Bee held in the second half of the day. The quiz covered professional courses, and for the first time, General Education courses under the new curriculum which included The Contemporary World; Readings in Philippine History; Purposive Communication; Understanding the Self; Science, Technology, and Society; and Rizal’s Life and Writings. With 59 participating schools, LU-COED finished  25th overall. The College was represented by the three-member team composed of  senior students, namely: Joefico-Von E. Diaz, Leonilyn A. Sumague, and Arleen B. Warde.

PAFTE is slated to hold its annual national  conference in October 2019 in Davao City while its regional conference,  March 2020 in either Quezon province or Pampanga. 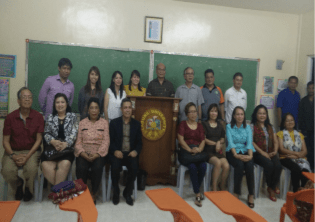 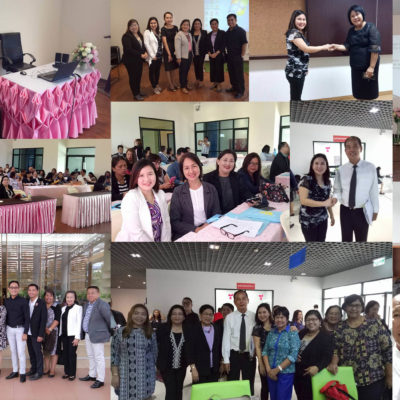 Leading with A Vision 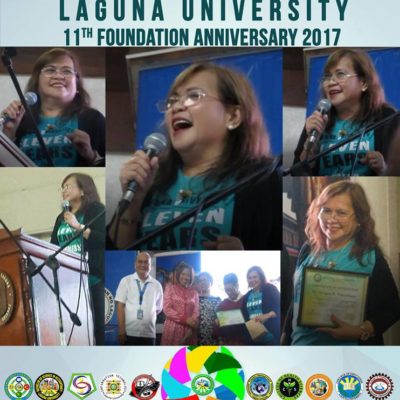 LU’s11th Founding Anniversary: A Look From How it All Began