This year’s keynote speaker Dr. Amelia A. Biglete commended the graduates for their enduring spirit and determination in pursuing their degrees. Having been a recipient herself of several undergraduate, graduate, and post graduate degrees from local and international institutions, Dr. Biglete understands the many deterrents  that a student has to triumph over to secure his/her future. She praised the attending parents for their guidance and involvement in their children’s education. In her speech, the pioneering CHED director also treated her audience to a host of random facts about Region IV such as information on population and literacy rate, revealing her deep-rooted interest in statistics, being a Statistics-major in her undergraduate degree.

Meanwhile, the Laguna Governor and University President Ramil L. Hernandez gave a short but inspiring message to the graduating class. Gov. Hernandez   honored the graduates for having overcome the many hurdles associated with pursuing a college education. He likewise paid tribute to the parents for their support and sacrifices to provide their children with the best future possible.

VPAA Dr. Gascon thanked both the parents and students for achieving what others only  dream about – a quality college education. He was quick to caution his audience though about losing sight of the true essence of the event. He quoted Albert Einstein who once said, “Try not to become a man of success. Rather, become a man of value”—putting premium on values over success. He reminded the graduants to always uphold the core beliefs and values that LU has instilled in them – the core values for which LU stands.

VPA Atty. Relova, on the other hand, offered words of wisdom to the graduating class through his “Charge to the Graduates” speech.

COED DID IT AGAIN

Ms. Tubig later remarked, “ It is not the finish line, but the long running track leading to your destination that matters. It is the process more than the product” referring to the significance of  the many experiences that every student has gone through on his way to achieving his goal. She added, “Life is a series of smaller destinations full of unexpected humps and surprising turns along the way” inferring that graduation is a symbolic entrance into the future full of unexpected and sudden turns of events. For her fellow graduates, she has this advice, “When you fall, stand; when you get tired, rest; when you feel empty, replenish your cup; when you are losing hope, regain your purpose. You can opt for anything, but you can never give up. That’s how a lasting and true success is achieved.”

Hon. Rinielle C. Montaña, Laguna University Alumni Association  president, inducted the new graduates into the association while Vhia Marie A. Cadawas, president of  Class 2019 led the graduates in the Pledge of Loyalty. 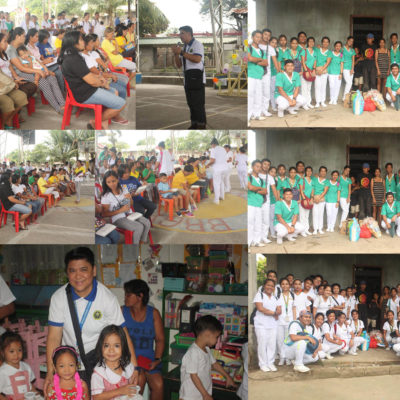 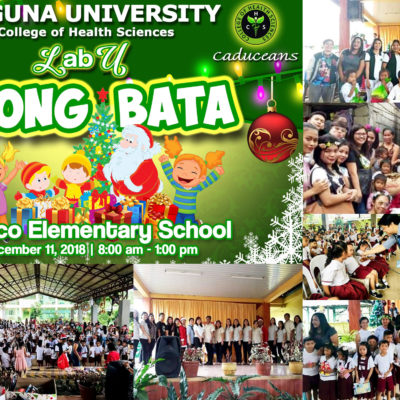 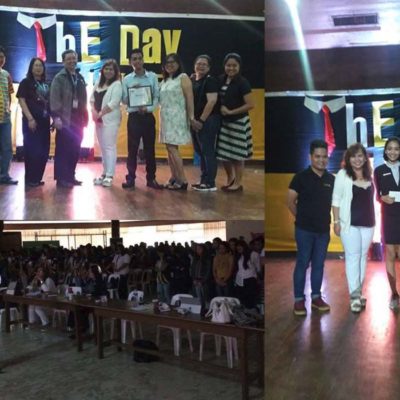